Dr. David Clark, DC director of the Center for Low Thyroid Solutions in Durham, NC talks with his patient, Susan as she shares her Hashimoto's success story.

Susan:    Much better..My hair's falling out less, my fingernails are a bit better, and this is, I think, only day 19, and my digestive problems have cleared up by 95 percent.

Dr. David Clark:    Cool.  And you didn't really think you had any digestive problems, though, did you?

Susan:    Well, because I work out really hard a few times a week, and my trainer says, "My God, you're getting stronger," and I've lost seven pounds.

Dr. David Clark:    You don't want to be a stick figure.  But, you want to feel good is the point, right?

Dr. David Clark:    So, where were you losing hair at?  Was it, like, hair on your head type thing?

Dr. David Clark:    And so, you noticed that you're losing less?

Dr. David Clark:    Like, how much less would you say?  Could you quantify it at all, I mean?

Dr. David Clark:    Wow.  How would – how did you know you were using it?  Like, when you were taking a shower?

Frequentily I see autoimmunity ih the Autistic Spectrum children I work with.  That means the child's immune system is attacking their body. In many cases, the immune system attacks their brain or their central nervous system. Autoimmune attack agains the nervous system can be catastrophic and cause most of the behavioral symptoms of Autism

But now new research shows that a large number of kids diagnosed with autism have antibodies to their own mitochondria...their immune system is attacking their mitochondria. 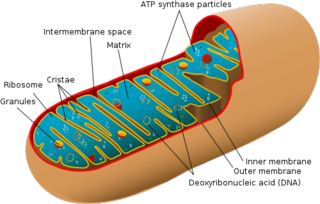 Mitochondria power plants that live in every one of your cells. Their  job is to make ATP.  ATP is why a cell lives.  ATP is the currency the cell has to print and spend every second of every day to stay alive.

Imagine you're two or three years old...and your immune system is  attacking and destroying your mitochondria... (bad, right?)

...and then you get a bad bacterial infection.

..or you get vaccinated.

This event stimulates your immune system, fires it up, and you really start to attack your mitochondria.

What symptoms could destruction of the mitochondria cause? (Neurological symptoms, for one.)

If your child is making antibodies to his own mitochondria, he's killing himself.

..destroying his energy supply so that his brain and nervous can't possibly work correctly.

If you had a child with autoimmune attack against mitochondria, and you took them to a well-meaning mainstream doctor--or even a not-so-mainstream doctor--would the doctor know how to determine if the child had autoimmunity? Have any clue?

Mitochondrial antibodies are not well known by your average doctor (and some supposed autism specialists).  Research labs are often the only people with access to the actual tests for mitochondrial antibobdies.

NOTE: don't confuse these antibodies I'm talkin about with the Anti-mitochondrial antibodies doctors test to determine if a person has Autoimmune Hepatitis or Primary Biliary Cirrhosis.

So...would your doctor know the other clues to autoimmunity.

Would he be able to recognize autoimmunity in the family history?

Sadly, I think mostt doctors would not know.  It's not even on their radar.

"Biomedical" doctors tend to focus too much on gluten, casein, sulfation, methylation, chelation...

And those are important, and could be affected by autoimmunity.

Autoimmunity is missing from most doctors' vocabulary.

Who's really looking at that?  Is anybody evaluating that?  And if they found it, how would they know how to help manage it?  What could they do to help the body calm that down so that the brain might work better?

There's very few people that know how to do that.

Over the last 3 years i"ve personally seen many autistic children who had already been to a laundry list of practitioners.....already tried a million supplements and protocols...and it turned out--yes--the child had autoimmune autism.

Auditory integration therapy, ABA and Sensory Integration are all fantastic therapies...but they can't do much for a kid who's killing their own brain.  The therapies dont' get at the hear of what's wrong.

If you have an autistic child who's had minimal or no response to "autism" therapies and protocols, it's time to consider that your child may have an autoimmune disorder.

If there's any autoimmune disorders in the near family.:

Of course, one dificulty is you might not have any idea that you've got one of those on the list. A second challenge ist the way the American health care system views autoimmune disorders.

Doctors aren't concerned about antibodies and autoimmunity until enough body tissue has been permanently destroyed so that now they can give the "condition" a name (like the list above).

That means years of destruction can go by before a person (or child) is finally diagnosed as having  a full-blown autoimmune condtion. Even then, the standard approach has some seroius drawbacks.

Look, if you're child's not responding. If you're confused about what do , who to listen to, which path to follow...

...it's time to consider that your child may have an autoimmune condition.

Maybe your child is attacking their own mitochondria--and if they are-- it's no surprise that you see the behaviors you see every day:

Autoimmune destruction of the mitochondria can produce all of those symptoms of Autism.  Why? Because you child can't make the energy supply every nerve cell needs to stay alive, thrive and function correctly.

Why Did Your Thyroid Gland Stop Working?

Dr. David Clark, DC director of the Center for Low Thyroid Solutions in Durham, NC, provides a shocking answer to the question no one seems to ask a woman suffering with low thyroid symptoms...Why Did Your Thyroid Gland Stop Working?

Are you suffering with low thyroid symptoms?  Has your doctor ever explained WHY your thyroid gland stop working?

A common MIS-conception about thyroid disorders is that at some point....for some mysterious reason....your thyroid gland just quit working. So now you need thyroid medication.

That's not a good answer, is it?

I mean, are we programmed so that --at some time in our life--our thyroid glands wear out, give up or shut off?  Should you just accept that kind of thinking?

You should not accept it...especially if you're taking thyroid hormones and your labs are "normal", but you still have low thyroid symptoms.

If this is you, then your doctor has not determined why your thyroid gland stopped working in the first place. And that's why the "treatment" isn't working.

When I train other doctors, my mantra is....

I teach my patients the same thought process.  Ask yourself "why?"

If you have low thyroid....why did it happen?

The number one cause of low thyroid in America is Hashimoto's.

Even though it is the most common cause of low thyroid, few doctors test for Hashimoto's (because they have nothing to offer beside thyroid hormones).

However, there are about 22 other reasons why your thyroid hormones could malfunction.

(see my other posts on this topic).

That makes me pause for a second...

We're all blaming the gland. But the thyroid gland is not the problem in many cases.

Is it the gland's fault that your immune system is trying to kill it? No.

The thryoid gland does what the pituitary tells it to do--- make the T4 and the T3, and then it's up to other parts of the body to do their job.

There  are different players in this low thyroid story, not just the thyroid gland by itself...

The liver must convert T4 to T3.

Your GI bacteria, the good guys that live in there, they've got to convert T3 sulfate into active T3.

...There's a lot of things we could talk about.  You can look at my other posts.

So, it's not just the thyroid gland to blame. I would say 90 percent of the endocrinologists you'll ever see or family practitioners  would say , "Your thyroid gland quit working.  Take these hormones."

If you felt great after taking the medication, you probably would never give it a second thought. But if you're reading this right now, you probably don't feel good.

You probably still have some of the low thyroid symptoms you had before taking the medication....

If you're still suffering these symptoms, then--to me---no one has asked or answered the question, "Why did your thyroid gland stop working?"

Hashimoto's, an autoimmune condition, is by far the most common here in America, but you can also have problems with binding proteins, conversion, under-conversion....

The point is you need to find someone that understands the entire thyroid story are and knows how to track down the possible suspects.

If your doctor's only checking TSH and T4, he's never going to find those other possiblities I just talked about--never.

...a serotonin problem, a dopamine problem

He'll miss them all.

And you suffer the consequences.

You are forced wander for years thinking there's something mentally wrong with you...

This thyroid medication is supposed to work, but I still feel bad.

It's not your fault.

If you are taking thyroid medication--or you have low thyroid symptoms--somebody needs to ask and answer that question...

What happened?  Why did your thyroid stop working?

Only then, when that question is answered (or at least asked), are you going to be on the path to feeling good again.

Why Did Your Thyroid Gland Stop Working